I read once that nothing makes you love someone more than spending time on your knees in prayer for him.

In the case of this little boy, I have to say it’s true.

I first “met” Stellan a year ago, when his mom Jennifer was 22 weeks pregnant with him. Stellan’s heart was beating way too fast and he was in total heart failure. At 24 weeks (a year ago tomorrow), doctors told Jennifer and Israel that their son would not be born alive. There was nothing they could do.

This is the sentence in the story that, if it were in the Bible, would begin with my favorite phrase.

BUT GOD is able. And God healed Stellan. A healthy, happy baby boy was born on October 29 of last year, with no sign of the supraventricular tachycardia that he experienced in utero. His big brothers and sister got to hold him and play with him. 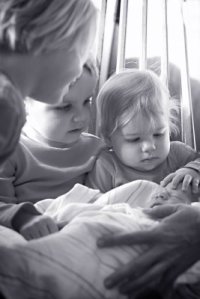 It wasn’t until March that we discovered that Stellan’s healing wasn’t quite what we thought it was. The SVT returned (a statistical anomaly – but I can’t explain it because I’m not a doctor) and Stellan spent over a month in various hospitals, fighting for his life.

Since then, Stellan has been closely monitored and his SVT controlled by medications. But now he is back in the hospital fighting for his life. He is being airlifted to Boston today for a very risky surgery that is the only option. The past 48 hours have been very tough.

I’m still surprised at how deeply I care about this little boy. I have never met him, and I seriously doubt I ever will. But I have been praying for him since before he was born and I have watched him grow through the daily pictures on his mom’s blog.

If you’re reading this, stop and pray for this little boy. Pray with confidence, because there are two things I know.

But STELLAN WILL LIVE! 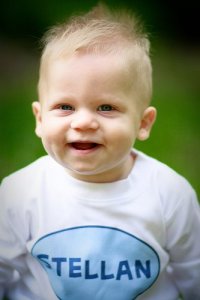